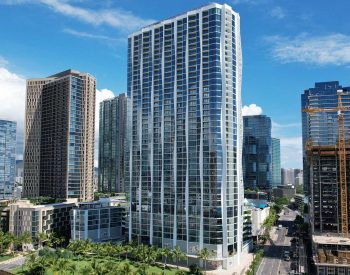 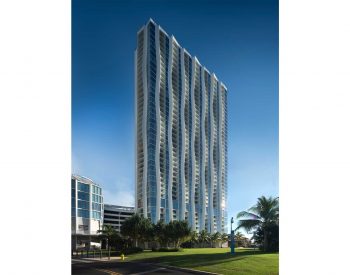 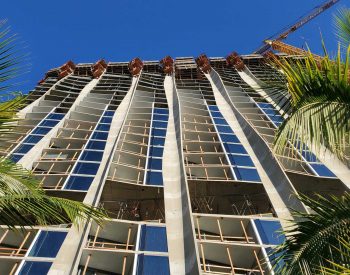 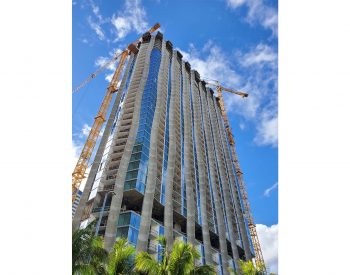 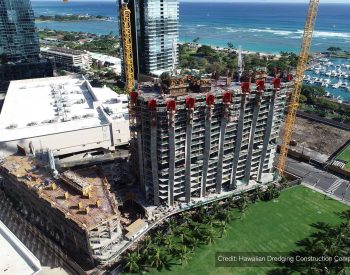 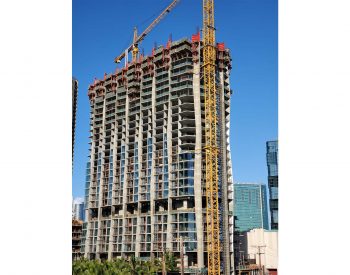 This 40-story mixed-use development features 865,000 SF of built area including a residential tower, common and amenity spaces, retail space, mechanical and support space, and six stories of above-grade parking. The tower is highlighted by undulating architectural columns at its exterior facade, evoking red sugar cane reeds that were formerly grown on plantations nearby. The architectural columns are constructed entirely of reinforced concrete and were coordinated carefully with the architect to allow for modularization of formwork and simplification of reinforcement while still providing a sculpted and unique defining feature for the tower.

Behind the striking exterior, the structure primarily consists of thin, post-tensioned concrete floor plates and reinforced concrete columns and shear walls. In the garage area, long-span post-tensioned beams and floor slabs were provided using a repetitive garage beam forming system in order to open the floor plan and maximize visibility, ventilation, and the space available for parking stalls.

In addition to being structural engineer of record, BASE also provided building code-required special inspections and material testing services. This allowed for seamless coordination between the design and construction of the primary structure. BASE also provided contractor support services such as design of tower crane foundations and tie backs, man hoist foundation and tie back connections, shoring and reshoring design, and slab openings for the concrete pump and tower crane.