1093
BASE > Repair Building 26A to Relocate CENSECFOR

Repair Building 26A to Relocate CENSECFOR 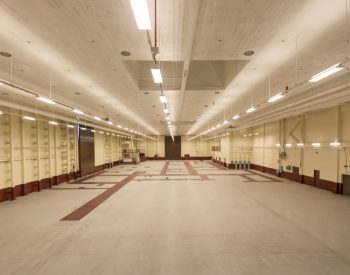 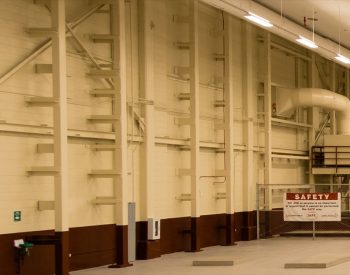 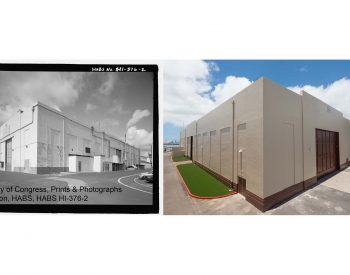 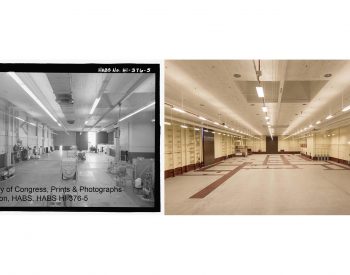 Located on Ford Island at Joint Base Pearl Harbor-Hickam, Building 26A was originally constructed as an aviation storehouse and airplane hangar. Seventy-five years after Building 26A survived the surprised attack on Pearl Harbor, the Navy elected to convert Building 26A into a training facility for the Center for Security Forces (CENSECFOR). This conversion entailed upgrading the structure for current seismic, hurricane and antiterrorism (including blast) criteria that the existing unreinforced masonry exterior walls were not capable of meeting.

The RFP concept for this competitively awarded design-build project included retrofitting the exterior walls with fiber-reinforced polymer (FRP) strips. Instead of using FRP, BASE proposed an internal steel bracing system attached to the inside face of the exterior walls. By installing bracing only on the interior, the historic exterior largely spared the extensive removal of finishes that would have been required for widespread installation of FRP. BASE’s creative approach resulted in a betterment to the concept design reflected in the RFP, allowing the historic exterior to largely remain in its original condition and saving of nearly $1 million in construction costs.

In addition to being structural engineer of record, BASE also provided building code-required special inspections and material testing services. This allowed for seamless coordination between the design and construction of the primary structure.