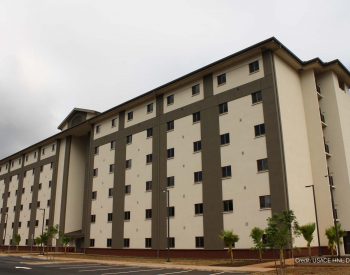 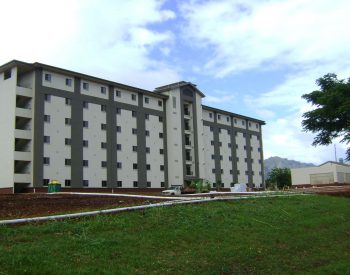 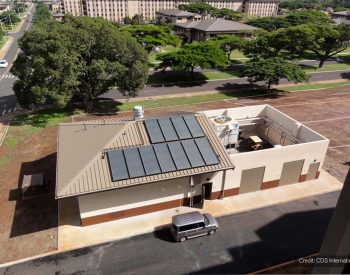 BASE was the structural engineer of record and AT/FP consultant on this 74,500 SF, competitively awarded design-build project that called for 96 identical living units to house 192 soldiers in one six-story building constructed using cast-in-place concrete tunnel-forms. Progressive collapse avoidance was performed in accordance with UFC 4-023-03 and the design included integration of the tie force method, alternate path method and enhanced local resistance. The exterior of the building is blast hardened to resist 55 lbs of TNT at a 33-foot standoff distance. BASE performed the blast design using the U.S. Army Corps of Engineers program Single Degree of Freedom Blast Effects Designs (SBEDS).

Cost and schedule benefits were realized by the use of an Insulated Concrete Form (ICF) system for the exterior walls that enclose the ends of the tunnel-form system along the long sides of the building. In addition to the insulation value of the ICF walls, BASE employed a multi-hazard approach by designing these walls to act as both shear walls and to resist exterior blast loads.

In addition to being structural engineer of record, BASE also provided building code-required special inspections and material testing services. This allowed for seamless coordination between the design and construction of the primary structure. BASE also provided contractor support services including progressive collapse alternate path design and formwork removal review.